Gladstone, N.J. – August 8, 2016 – “A rising tide lifts all boats.” These were the words that Guy J. Torsilieri, chairman of the board of the Far Hills Race Meeting, used to describe the attitude of the Somerset Hills, New Jersey community’s support of local equestrian events.

This spirit of cooperation came about through a 2015 Gladstone Gathering cocktail party – the brainchild of United States Equestrian Team (USET) Foundation President and CEO S. Tucker S. Johnson and Gladstone Equestrian Association (GEA) President James C. (Jim) Brady III. Brady is the great-grandson of James Cox Brady who built Hamilton Farm, the longtime home of the USET and current home of the USET Foundation. Hamilton Farm is one of the nation’s most iconic venues and in August will host the reinvention of one of the nation’s longest continuously run horse shows, the Monmouth County Horse Show, now Monmouth at the Team. 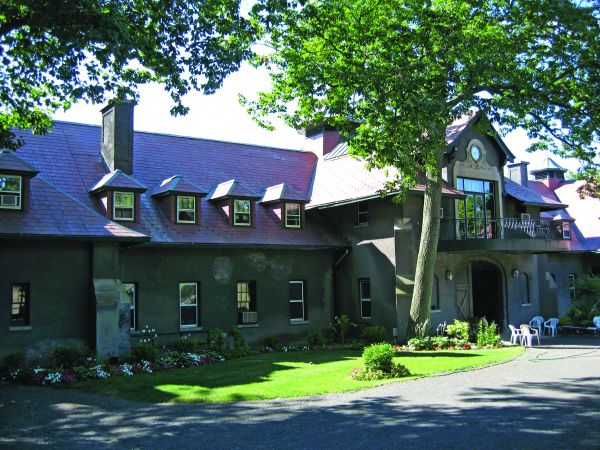 The picturesque Somerset Hills area of New Jersey was home to some of the most historic equestrian events in the United States but in recent years, a number of these events had fallen by the wayside. The local community, however, is rallying together to bring them back in an effort to revitalize equestrian sport in the area. One such event, The Essex Horse Trials, formerly held at Hamilton Farm and last held in 1998, will be making its triumphant return in 2017 at Moorland Farms, home of the popular Far Hills Race Meeting.

The Gladstone Equestrian Association has been the backbone of these efforts, with its stated mission to promote high end equestrian events in the area to benefit the local community. Jim Brady and Charles E. (Sandy) Hance have spearheaded many of these efforts in their roles as the GEA Officers. Originally, the GEA’s focus was on driving, but Brady and Hance expanded this to include additional disciplines and a working board. It is due in part to the support of the GEA and the local community that events such as Monmouth at the Team and the Essex Horse Trials are returning to the area, achieving a great deal of success in a short period of time. Brady explained, “When we got going last year on all of this, we said that we would crawl in 2015, walk in 2016 and run in 2017.”

In Brady’s mind, the reinvention of the Monmouth County Horse Show as “Monmouth at the Team” and its relocation to historic Hamilton Farm is an excellent example of what can happen when the community rallies together. “The fact that Monmouth has come together this quickly is wonderful,” Brady said. “Hats off to Tucker (Ericson) and Michael (Dowling), as well as to Leslie (Sullivan), who has been unbelievable in her efforts. It is tremendous. The Gladstone Horse Show in 2013 was fun, but was just a one-day deal. This will be there for a week and is a good example of how all of these entities can work together. Hamilton Farm is the Wrigley Field of equestrian events. For Monmouth to take place there makes all the sense in the world.”

In addition, these events will work to support the USET Foundation and the building fund established by Monmouth at the Team.

A key aspect of these joint efforts has been in the area of sponsorship. These events cannot take place without the help and support of generous local sponsors. The Somerset Hills community is blessed to have a number of local businesses that recognize the longstanding equestrian tradition in the area and are continuously willing to support it. A unique facet regarding this community and its group of sponsors is the fact they no longer are tied to a single event but now support several. 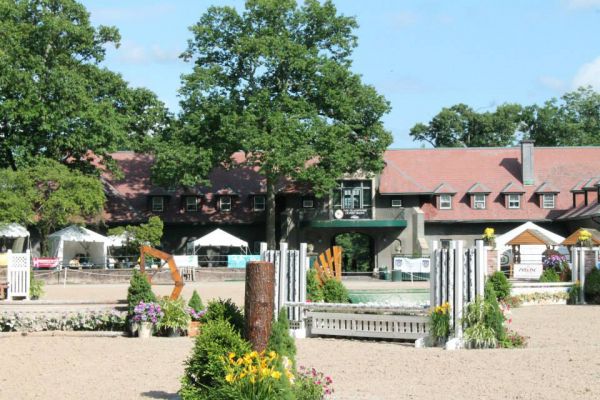 Guy Torsilieri explained, “When I was fundraising for the Essex Horse Trials, I actually coupled up a bunch of my sponsors from the Far Hills Race Meeting. RWJBarnabas Health, Peapack-Gladstone Bank and Open Road Auto Group had all been supportive of the races. I asked them if they would step up to the plate and support the Essex Horse Trials, which all three of them agreed to do. I gave them a double sponsorship, a discount and let them also sponsor Monmouth at the Team. We are all working more aggressively together to help market and brand ourselves for the good of the community.”

“Peapack-Gladstone Bank has been a part of this community for 95 years,” said Vice President Brand and Marketing Director Denise Pace-Sanders. “Several years ago, we got involved with the Far Hills Race Meeting Association. They approached us this year because they wanted to expand and they had added some additional events to the sponsorship offering. We sit in the heart of horse country and these events are taking place in our backyard. Hamilton Farm is a beautiful facility and a lot of our clients are patrons for Hamilton Farm and the surrounding community. It just made sense for us to help bring events like this back to this part of the state.”

“We are honored to be the Official Sponsor of the Hunter Classic at Monmouth at the Team and fully support the revitalization of the equestrian industry in this area,” added Barry H. Ostrowsky, President and Chief Executive Officer for RWJBarnabas Health. “We are dedicated to improving the health and wellness of the people we serve, and this partnership strengthens our mission in building healthier communities.”

Founder and Chief Executive Officer of the Open Road Auto Group Rod Ryan comes from an equestrian family and has been supporting the Far Hills Races for 30 years. When the opportunity to support the Essex Horse Trials and Monmouth at the Team became available it was an easy fit.

“I am delighted to be able to help the USET Foundation anytime I can,” he concluded. “It’s a great facility, and it’s a great day when you can have some fun and you can do some good,”

It is this kind of community involvement and cooperation among events that will be key to their long-term success and represent just the first steps in what will be an exciting journey to bring additional events to this area, continuing its long tradition of equestrian excellence. Monmouth at the Team will be held August 15-21 at historic Hamilton Farm.

2016 Monmouth at the Team Fast Facts

Directions:
When using a GPS to get to USET Headquarters, please enter School House Lane.

From the Northwest:
Route I-80 East take Exit 27 off Route I-80 to Route 206 South. Take 206 South. Approximately 4 miles south of Chester make a right at the light for Pottersville Road, aka Route 512. FollowGENERAL DIRECTIONS BELOW.

From the South:
NJ Turnpike take Exit 10 off NJ Turnpike to Route I-287 North. Take Exit 22B off Route I-287 for Route 202/206 North (look for brown USET signs). Proceed North on Route 206 to Pottersville Road aka Route 512 (sixth traffic light-approximately 5 miles). Turn left at the traffic light. FollowGENERAL DIRECTIONS BELOW.

From the West:
Route I-78 East to Route I-287 North. The second exit on I-287 will be #22B for Routes 202/206 North (look for brown USET signs). Proceed North on Route 206 to Pottersville Road aka Route 512 (sixth traffic light-approximately 5 miles). Turn left at the traffic light. Follow GENERAL DIRECTIONS BELOW.

From Newark Airport:
After exiting the airport follow the signs to Route I-78 West to exit 29 Route I-287 North. Take the second exit on I-287, #22B for Route 202/206 North (look for brown USET signs). Proceed North on Route 206 to Pottersville Road aka Route 512 (sixth traffic light-approximately 5 miles). Turn left at the traffic light. Follow GENERAL DIRECTIONS BELOW.

GENERAL DIRECTIONS:
Travel on Pottersville Road for approximately 3/4 of mile. On left is white USET sign, turn onto School House Lane. Follow this road, after the third speed bump the USET headquarters are on the right. After parking, enter the stable through the central grand rotunda; the offices are on the right.

Monmouth at the Team is a major hit